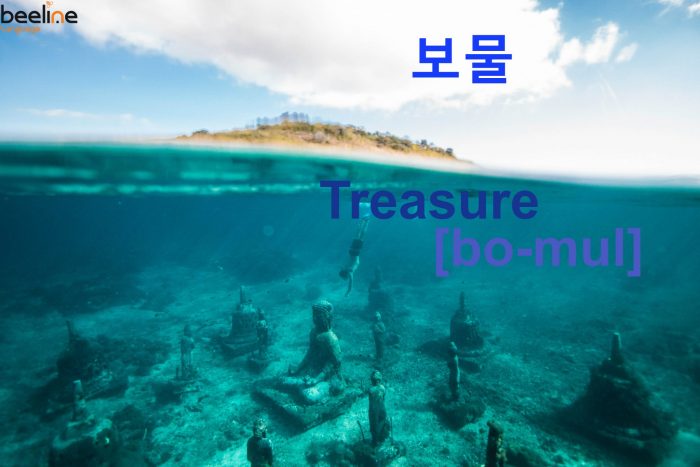 Beeline Language Korean is all about learning the Korean language and culture. In our previous lessons, we have learned many different slang words like 멘붕[men-boong], 불금 [bulgeum] and 꿀잼 [ggul-jam]. Also, we have covered a lot of words that would be used by young Korean generations today. In the previous blog, you have learned the three trendy slang words in Korean that youngsters use these days. Today, you will learn how to say treasure in Korean.

How To Say Treasure In Korean

This is how you would say treasure in Korean: 보물 [bo-mul]

In order to find the precious treasure, let’s begin the cave expedition.

When you go for a daytrip in elementary school, students usually play the treasure hunt.

Note that the term 보물찾기 was introduced as one of the popular recreational activities that students play when they are out for a daytrip.

Now that you know how to say treasure in Korean, you could go ahead and tell your colleagues and friends about what you have learned today!