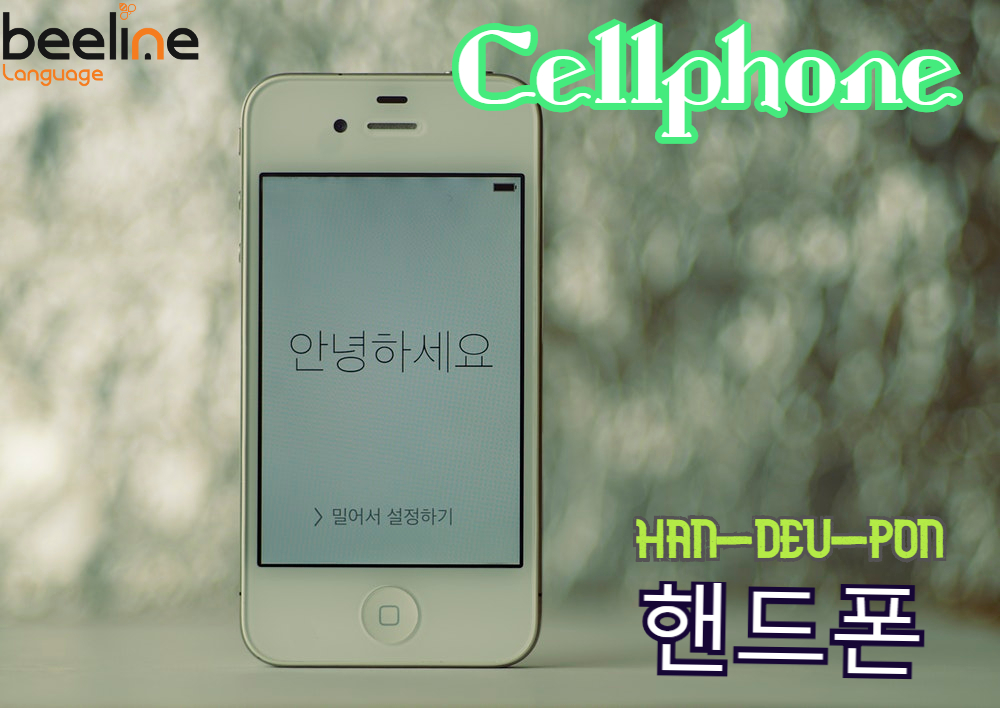 Beeline Language Korean is all about learning the Korean language and culture. In our previous lessons, we have learned many different slangs like 멘붕[men-boong], 불금 [bulgeum] and 꿀잼 [ggul-jam]. Also, we have covered a lot of words that would be used by young Korean generations today. In the previous blog, you have learned the three trendy slang words in Korean that youngsters use these days, such as 혼술[hon-sool]. Today, you will learn how to say a Cellphone in Korean.

How To Say A Cellphone In Korean

This is how you would say a Cellphone in Korean: 핸드폰 [han-deu-pon]

Note that the word ‘hand’ and ‘phone’ are combined in Korean to create a word 핸드폰.

I left my cellphone at home. What do I do now?

These days, too many nice cell phones are being produced.

Other Ways To Call A Cellphone in Korean

You just have learned how to say a cellphone in Korean. However, you also must know that there are other ways to call a cellphone in Korean. Some people prefer to call it a 스마트폰 [seu-ma-teu-pon], which literally means ‘a Smart Phone’ in English. Some others would just call the cellphone ‘폰’ [pon] which means ‘a phone’.  Nowadays, it is rarer to find people with house phone connected in Korea, it is widely used as the fastest communication tool, just like the western culture. As a cellphone itself is a short form for ‘a cellular phone’, it is understandable that Korean people would like to call it in the shortest form possible.