(Video) How to Say Thank You in Korean

Thank you is one of the most commonly used phrases. It is always nice to express thankfulness to someone that you love or like in any language. Today we are going to learn how to say thank you in Korean so you will then be able to express your gratitude to friends or strangers alike!

How do you say Thank You in Korean?

Here is how to say thank you in Korean: 감사합니다[gam-sa-ham-ni-da]

Sample Sentences Giving Thanks in Korean

Here are some sample sentences using your new Korean word.

It is important to note that unlike in English, in Korean there are many ways to say thank you, but you have to make sure you keep in mind who you are talking to. 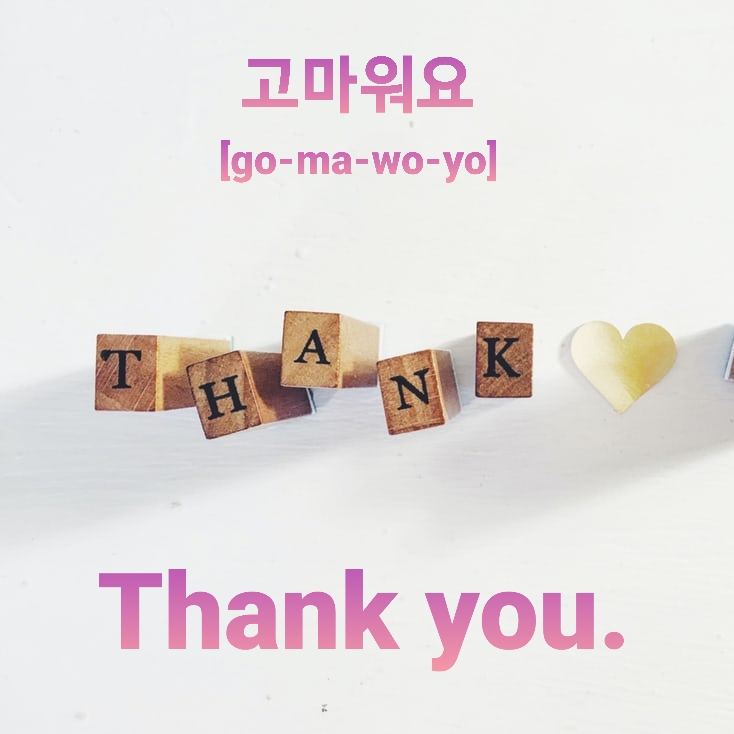 What do you mean by Kamsahamnida?

Kamsahamnida (고맙습니다) is thank you in the Korean language. This can be used in both formal and informal situations.

Other Ways to Give Your Thanks in Korean

There are many different ways of saying thank you in Korean.

고맙습니다, 감사해요 and 고마워요 are other formal ways of saying thank you, but they are not commonly used and contains the same meaning as 감사합니다.

고마워 is the informal way of saying thank you, and it is commonly used between friends.

Now that you know how to say this Korean phrase, you can say thank you in different ways in Korean on different occasions!

Being polite always makes a good impression, but it does so more when you are speaking to someone in their own native language.

Go out and practice your new Korean phrase: with store clerks at your Korean grocery or convenience store; with the server at your local Korean restaurant or with your Korean friends – they will  all appreciate your efforts!