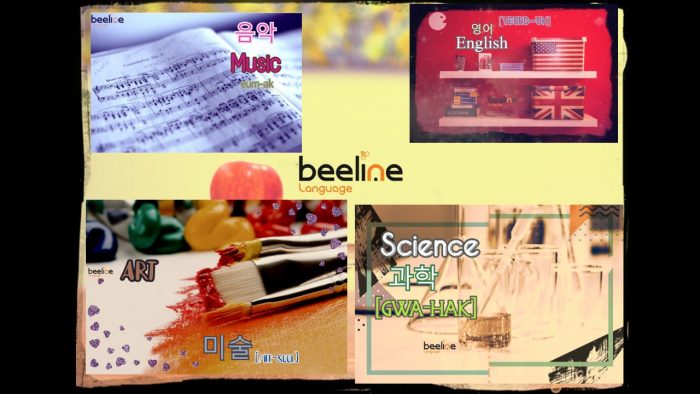 Hello! Welcome to the Beeline Language Korean blog posting. We are introducing the viewers with the fresh Korean language contents on a weekly basis. In the past, we have introduced different topics, such as furniture, appliances, and many other interesting subjects.  We are happy to share with you that you could visit our pages on Pinterest, Facebook, and Instagram, as you will be able to find funny and memorable pictures with new Korean words in it. Just like the education system in the United States, the South Korean education system follows many interesting curricula that contain many different exciting subjects. In this posting, you will learn how to say school subject in Korean and how to say some of your favorite school subjects in Korean.

School Subjects: What They Are Called in Korean 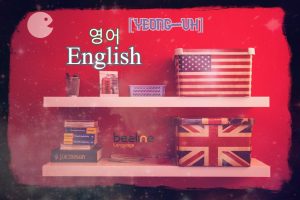 First, How would you say English in Korean?  It is called 영어 [hwa-jang-shil]. Usually, the Korean public education system introduces English Literature at Junior High level, but South Korea is full of enthusiastic parents and they want only the best for their children. Therefore, a lot of kids go to the private institution to learn English. There are literally thousands of private institutions that teach English. Those private institutions in Korea are called 학원 [hak-won].
중학교 가면 영어를 배워야해. [joong-hak-gyo-ga-myeon yeong-uh-reul bae-wo-ya-hae].
When we go to Junior High school, we will have to learn English Literature.
나도 영어 잘 하고 싶어.  [na-do yeong-uh jal-ha-go si-ppo]
I would also like to speak English well. 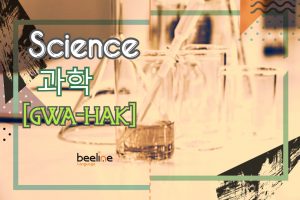 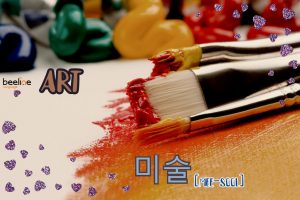 In many historic Korean cultures, you can easily find paintings and sculptures made by ancient Koreans. Art has been a very big influence in Korean education system, and Korean people are known to be very artistic. In school, 미술 [mee-sool] is used when describing an art class, and most students learn it as an elective.
오늘 미술시간에 친구랑 같이 그림을 그렸어요. [oh-neul mee-sool-shi-gan-ae chin-goo-rang ga-chi geu-rim-eul geu-ryot-sseo-yo].
I painted with my friend during an art class today. 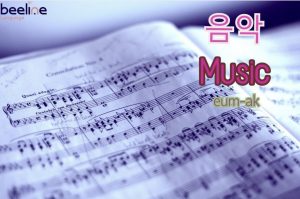 Korean students learn music from a very young age. On top of learning musicianship skills from the school curriculum, many of them take private music lessons as an extracurricular activity. Music in Korean is 음악 [eum-ak]. This clearly proves why K-Pop has emerged from South Korea, becoming an international sensation in the previous years.
내일 음악 시간에 피아노를 배울꺼에요. [nae-il eum-ak-shi-gan-ae pi-ah-no-reul bae-wool-ggeo-ae-yo].
Tomorrow in the music class, we will learn how to play the piano.
나는 고등학교 과목중에서, 과학이랑 음악이 제일 어려워
Science and music, are the hardest subjects in high school for me.

How To Say School Subjects in Korea

We just have learned how to say different subjects in Korean. How would you say a school subject in Korean? it’s called 과목 [gwa-mok]. When you have all your favorite classes put together, you will get a time table. A timetable in Korean is called 시간표 [shi-gan-pyo].