(Video) How to say Boss in Korean

By Beeline Language KoreanOctober 6, 2020 No Comments

When you are learning Korean, you want to be absolutely sure that you are speaking to those people with respect, especially for people that you work with. As such, today we are going to learn how to say boss in Korean.

How do I say Boss in Korean?

사장님 (sa-jang-nim). This is how you would refer to your Korean boss in a very respectful way. Another way to say this is 보스 (bo-se), which is simply a borrowed word from English.

What do you call your boss in Korean?

사장님 (sa-jang-nim) is the best way to call your boss in Korean, as it shows respect, specifically the ‘nim’ at the end of the word which translates to ‘Mr.’ or ‘Mrs.’ 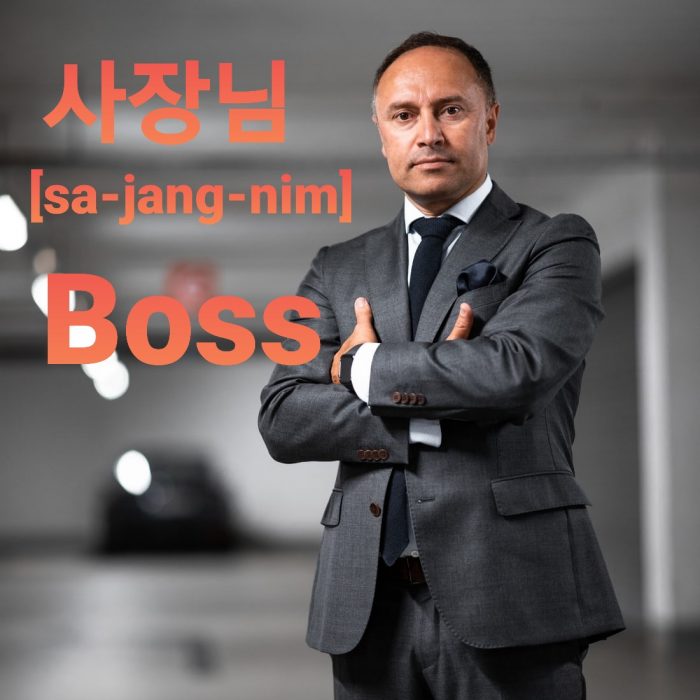 보스 (bo-se). This is a borrowed word from English.

사장님 (sa-jang-nim) is boss in Korean and is how you should refer to the person you are working for. You could even get away with calling your Korean manager this.

Always make sure that you are giving the proper respect when it is needed. If you were to mistakenly use the wrong word for the person you are working under, they would not hesitate to correct you. As an English speaker who is trying to learn their language, Koreans tend to be a bit forgiving in such situations. 🙂

Job titles in Korea represent a worker’s value to the company. This is why your title is shown on your business card and why it is what is first looked at by the person you are giving it to.

If you are a ‘lower level’ employee, you would likely be someone who is newer to the company, as Korean businesses still tend to run from the top down; promotions are therefore given to those that have served for many years in the company, rather than it being based on job performance.

As this is the case, you could essentially tell someone’s age by their job title!