(Video) How to say Manager in Korean

By Beeline Language KoreanOctober 15, 2020 No Comments

When you are learning Korean, there are important words that you should know, such as the names of the people you work for or work with. Today we are going to learn how to say manager in Korean.

How do I say Manager in Korean?

매니저 (man-ni-je),  which is a borrowed word from English making this one easy to remember!

What does Sajangnim mean in Korean?

Sajangnim 사장님 means ‘boss’ in Korean and is how you would refer to this person. Son-bae is another way to refer to a co-worker who may be older or may have more experience  than you.

How do you Address a Manager in Korean?

You would refer to your Korean manager as 매니저 (man-ni-je). You could also call your manager ‘boss’ and in this case would refer to him or her as Sajangnim 사장님. Note her that ‘nim’ is a very respectful way to refer to someone who is in a higher position than you would are. 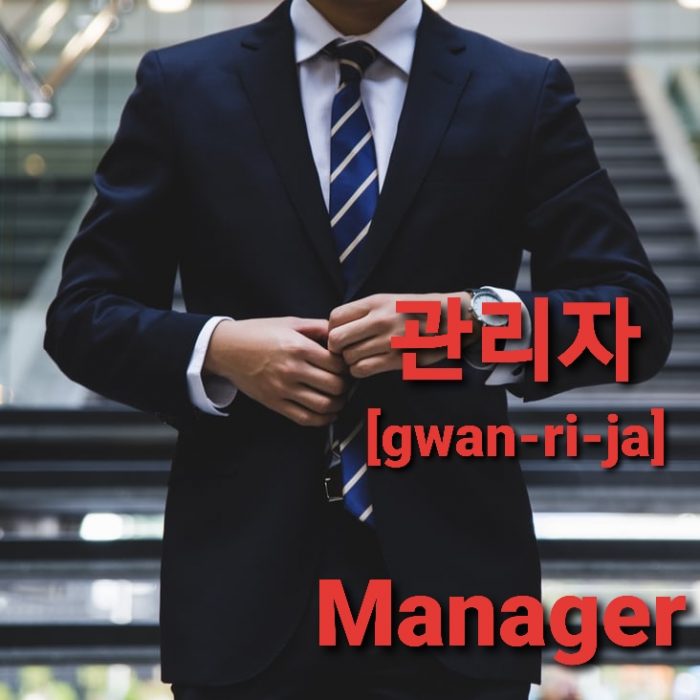 There are many different positions in business that require different titles, as they would in English. Here is a few such titles:
회장 Hwee-jang = CEO of the company. This is generally a person who is older than most of the staff.
사장 Sa-jang = President of the company.

이사 Ee-sa = Director of operations. Usually a younger person has this role and aims to eventually take over a higher position.

As job titles in Korea can be a status symbol, you need to make sure you are referring to people according to their proper title. This is when asking someone’s personal information in Korean becomes very important!