(Video) How to say Doctor in Korean

By Beeline Language KoreanOctober 9, 2020 No Comments

Let’s say you are in Korea, working as an English teacher, and you get sick.  You would then need to know where and how to find a doctor; so today we are going to learn how to say doctor in Korean!

How do I say Doctor in Korean?

의사 선생님 (we-sa-sun-sang-nim). This is how you would refer to a doctor in Korean, regardless of what they specialize in.

How do you address a Doctor in Korean?

의사 선생님 (we-sa-sun-sang-nim) is the general way to address a doctor in Korean. While there are different types of doctors, such as an MD, a surgeon or a physician, you will be safe by using the most common way to say this, which is 의사 선생님.

Note that if you are referring to a dentist, which we often refer to as ‘doctor’, you would call him or her 치과의사 (chi-gwa-we-sa). Notice that ‘의사’ is in the title as well. 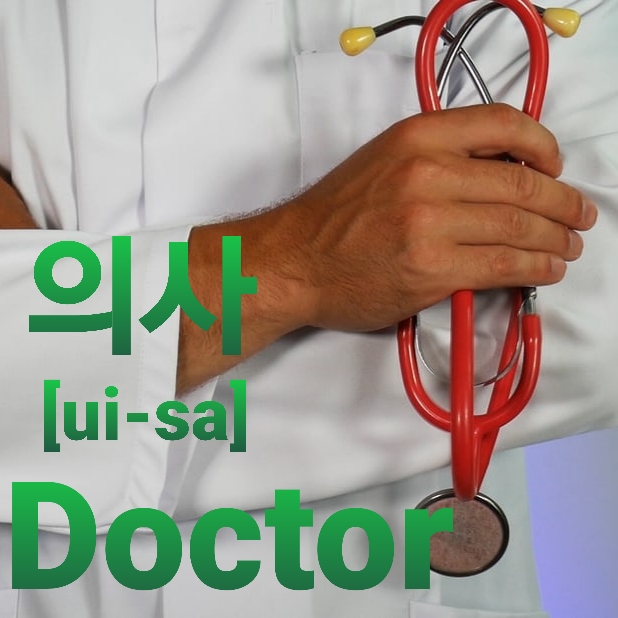 What does Seonsaengnim mean?

선생님 (sun-sang-nim) refers to Mr. or Mrs. in Korean similar to ‘Sir’ or ‘Miss’. You would use this title for an elder man or woman who you wanted to show respect to, such as your teacher or your Korean manager at your workplace.

How to say I’m Sick in Korean

I’m sick in Korean: 아파요 (a-pa-yo). You would say this and then refer to where you are sick, such as your stomach, or your head. You would even use this to describe pain, such as shoulder or back pain.

I don’t feel well in Korean: 몸이 좋지 않아요 (mo-mi-cho-ji-an-a-yo). This is another way to say that you are not feeling well, which is slightly less serious than saying you are sick.

Please help me/I need help in Korean: 도와주세요 (do-wa-ju-sa-yo). If you are in dire need of help because you are sick and need to go to a hospital, you tell someone this. Hopefully you don’t find yourself in any such situation though!

Do you have more medical based words in Korean that you want to know? Leave a message in the comment box below!

Hey, I’m your Korean teacher, Jin. I’m determined to teach the world Korean. My only question is, will you be my next student?

Want to start speaking Korean today?Yes I do!
+ +