(Video) How to Say ‘Yes’ in Korean

‘Yes’ is a very important word in any language as by using it, it will allow you to express that you want or agree with something. In this posting, you will learn how to say yes in Korean so you can use this in your everyday conversations!

How to Say Yes in Korean

Please note that both 네 and 예 are automatically assumed as a formal response. If you are looking for an informal way of saying yes, it will be 응 [eung] or 엉 [ung]. Some may even say as short as 어 [eo] to answer yes.

Yes, I will try very hard.

Yes, as you wish, you can do it like that.

Yes in Korean in the Formal Way

Often, you will see many phrases have ‘yo’ attached at the end, which usually helps reforming the word into a formal form of the word.

However, in this case, usually when you say 예 or 네, people will assume that it is a formal way of speaking, so you do not have to worry about being rude in any social settings. 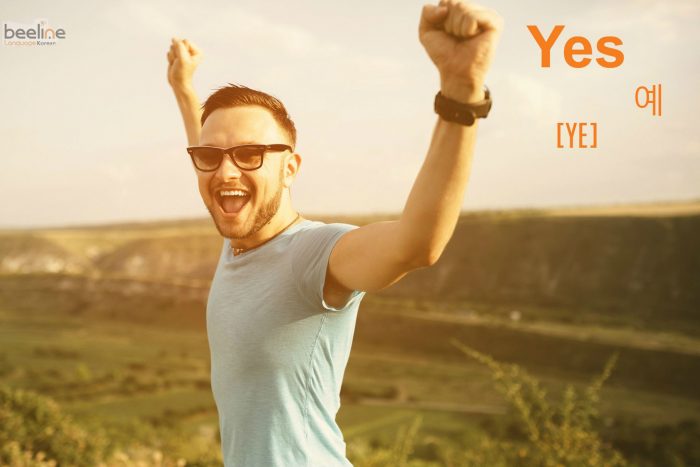 However, it is extremely important that you watch out for the context of the word, because many Korean words contain 응 or 엉 in their sentences, which may not mean anything when used in a sentence.

For example, you may have to be aware that 나의 [na-eui] which means ‘my’ sounds a lot like 네 [ne], so some may find difficult to distinguish what context the language is used for.

When you started to learn Korean, were you not sure what you are getting into?  Were you afraid that you would be introduced to a new culture and language that would scare you away?

However, is it more interesting and exciting as you are learning the new language every day and you would like to learn more?  If you have said yes to all of those, you will particularly like our blog posting today.