(Video) How to Say Wife in Korean

For most men, their wives are the ones in the marriage that will support them in any circumstances. Today we are going to learn how to say wife in Korean.

How to Say Wife in Korean 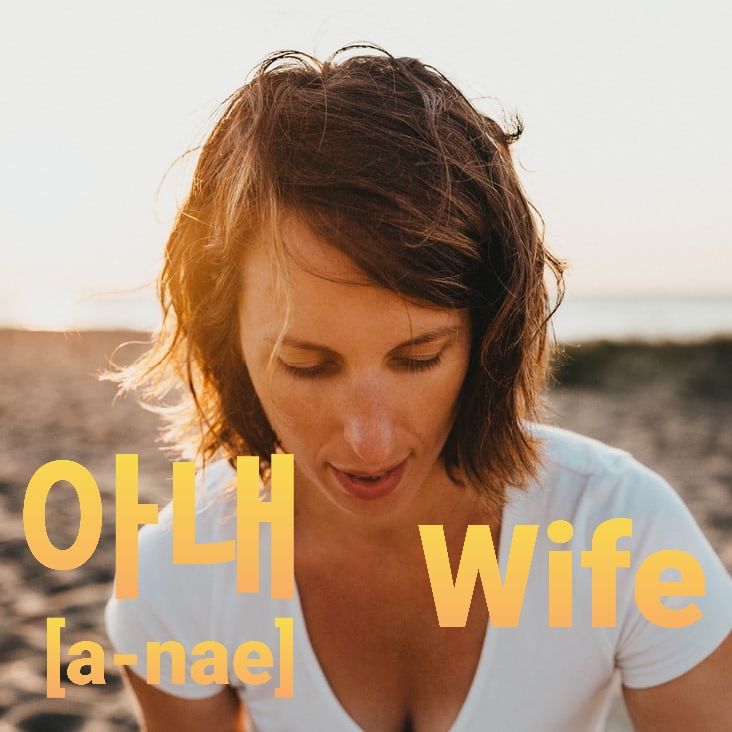 Other Ways to Say Wife in Korean

There are many different ways of saying wife in Korean.

아내 is a formal way of saying wife and it is widely accepted.

You can use 부인 if you want to be extra formal, but it is mostly used by older generations. 마누라 or 집사람.

As we have mentioned previously, it is important to address the person in formal way of speaking to show the respect towards the other party. Saying no to others is not an exception.

Instead of saying 아니오 or 아니 all the time, people mostly substitute the words to say 괜찮습니다 or 괜찮아요. They can be translated into ‘it’s okay’.

Refrain from using ‘아니오’ when you might have to turn down a kind gesture or actions of others.

What do Koreans Call Their Wives?

Korean men refer to their wives by the endearing term ‘Yobo’. ‘Chag-i-ya’ is also another way to call your wife ‘darling’.  Women can also refer to their husbands by the same loving terms.

Yeobo, or yobo in Korean essentially means ‘darling’ and is what both married men and married women refer to one another by. This is a term that is generally not used by couples in a dating relationship as much as it is for married people.

In English, we have many loving terms that we call our better half: ‘Honey’, ‘sweetheart’, ‘dear’, ‘love’ etc. In Korean, the same meanings will apply to words such as ‘yobo’ or ‘chag-i-ya’.