‘What Time is It?’ in Korean: How to ask for the time in Korean 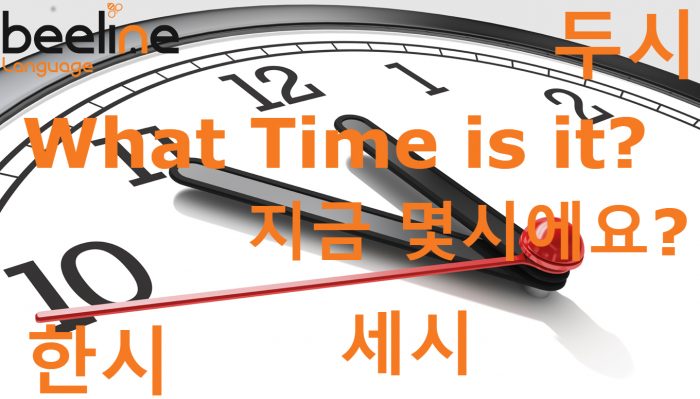 How To Say What Time Is It in Korean

This is how to say what time is it in Korean:

What Time Is it now?

Note that jee-geum means ‘now’ and we need to always include that when asking for the current time.

Sample Sentences Using What Time Is It in Korean

Excuse me. Do you happen to know what time it is right now?

What time should I go there?

How To Read Each Hour in Korean

You can see the pattern, where each hour is spelt with 시 [si], meaning ‘hour’ in Korean.

You have previously learned how to count from 1 to 10 in Korean, and you will apply the same knowledge here as well. We use the native Korean numeral when describing the hour.