‘What’ in Korean: How to Say What in Korean 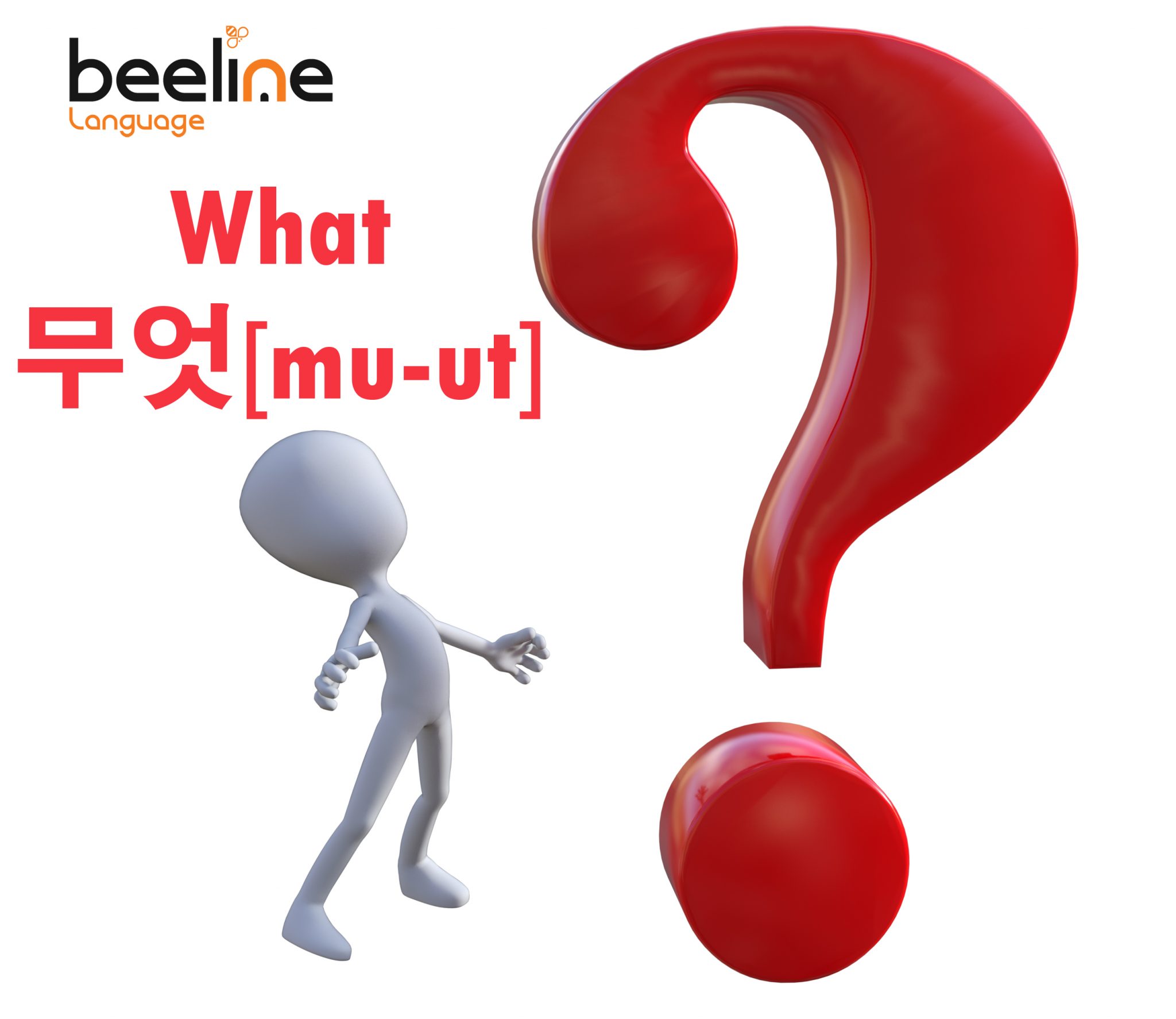 Learning Korean can be pretty challenging at first. However, if you focus on one main Korean word per day and apply that word to as many sentences as possible, you can improve your Korean language skills dramatically in a short period of time. Also, watching Korean Dramas, or listening to K-pop will help you familiarize yourself with the Korean culture and language as well. Today, we will learn how to say what in Korean.

How to Say What in Korean

Here is how to say what in Korean: 무엇[mu-ut]

Unlike some of the other pronouns, 무엇 usually does not stand on its own when used in a sentence – it needs a connecting object particles to be used in a Korean sentence.

Sample Sentences Using What in Korean

Jungmin, what time is this?

Note here that ‘myut’ was used here instead of ‘mu-ut’. The Korean word ‘myut’ is a short form of ‘mu-ut-ui’, and ‘si’ which literally means ‘time’ in Korean. Therefore, when combined together, ‘myut-si’ can be translated as ‘what time.

Hyunbin, what are you doing?

Note here that we have ‘mwo-he’ instead of ‘mu-ut-ul he’, but essentially, these are the same thing. However, ‘mwo-he’ is more commonly used in everyday conversations.

Now that you know how to say what in Korean, ask your family, colleagues or friends about anything that you were curious about!