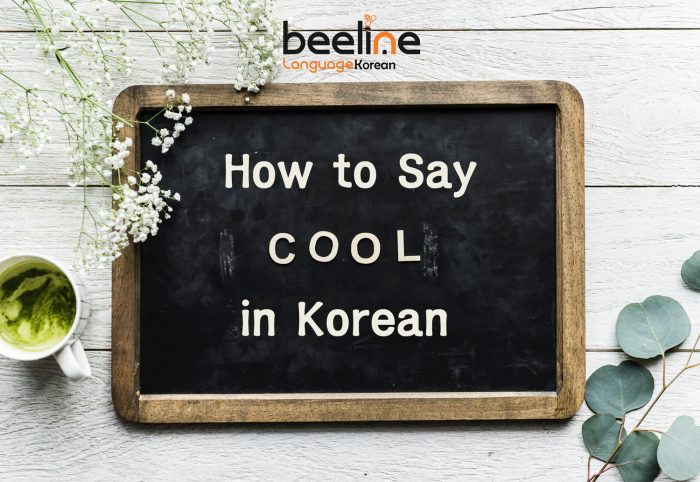 Beeline Language Korean is all about learning the Korean language and culture. In our previous lessons, we have learned many different slangs like 품절남, 멘붕 and 솔까말. . Also, we have covered a lot of words that would be used by young Korean generations today. In the previous lessons, you have learned how to say different colors in Korean. Also, you have been introduced to modern day Korean slangs, mostly the language that new generation of Koreans use in Korea these days. In the continuum of that, we just have learned how to say the equivalent of ‘Netflix and Chill’ in Korean. Today, you will learn how to say Cool in Korean!

How To Say Cool In Korean

There are several ways to say ‘That is Cool’ in Korean, but this one is the most appropriate one to many different situations. 아주 멋지네요 [ah-joo meot-jji-nae-yo].

Sample Sentences Using That is Cool in Korean

The app you have informed me today is very cool!

Note that 완전 replaced the word 아주 in this case. 완전 means perfectly in Korean, and most young Koreans use the word as an adjective to further signify the meaning.

Other Ways To Say Cool In Korean

There are other ways to say cool in Korean. You could say 오지다 [oh-ji-da] or 짱이다 [jjang-ee-da] to show that you were impressed with the situation or thing. These words are more inappropriate in nature so they are used among close friends only, to show the closeness of the friendship.

Learning Korean for Beginners May 16, 2017 In “Korean Language”