(Video) How to Say I Understand in Korean

By Jaemin PyeonSeptember 16, 2020 No Comments

When someone gives you instruction or new information, it is important to tell the person that you understood it correctly. Today we are going to learn how to say I understand in Korean.

How to Say I understand in Korean

Here are some sample sentences using your new word:

Did you understand that? 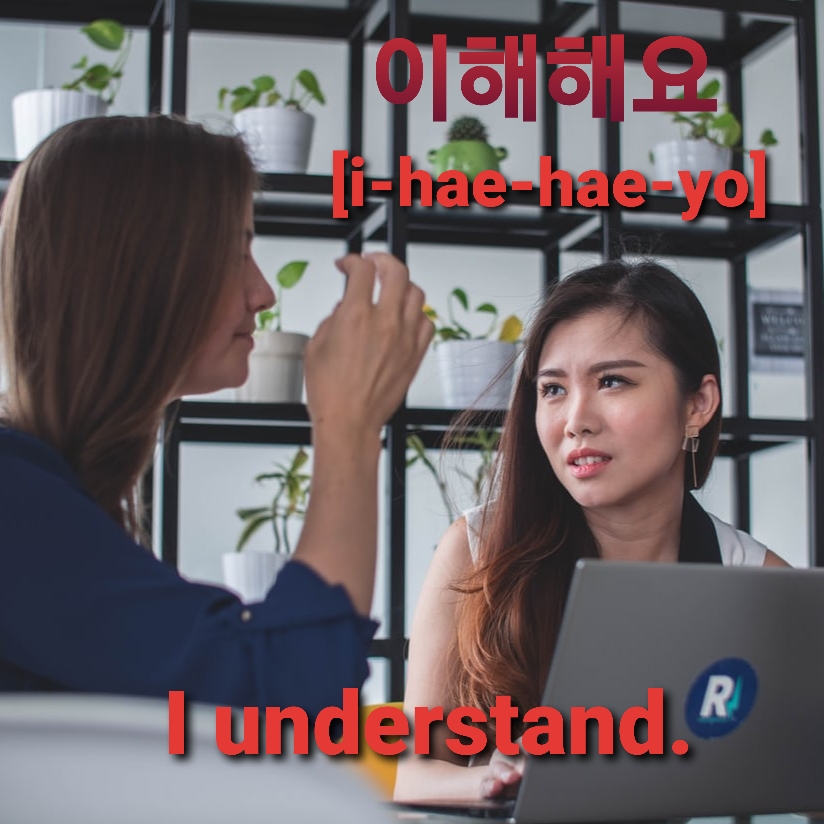 Keep in mind that when using your new word, you always must consider who you are speaking to.

Other Ways to Say I understand in Korean

As we have mentioned previously, it is important to address the person in formal way of speaking to show respect towards the other party. Saying I understand to others is not an exception.

Instead of saying 알겠어요 or 알았어요 which are polite informal form, people mostly substitute the words to say 알겠습니다 which is the formal form.

이해했습니다[yi-hae-het-sum-ni-da] can also be a direct translation of I understand, but it is not commonly used during a conversation.

네[ne] means ok, which can substitute other forms on many occasions.

알았어 ‘Arraso’, or ‘Allaso’ is ‘I see’ in Korean, which essentially means that ‘I understand’. Note that this is the informal way of saying that you understand, so be careful not to say this to an older person.

Also note here that ‘arraso’ and ‘allaso’ are both Romanized Korean words that are neither correct; as there is no real ‘R’ sound in the Korean language, ‘allaso’ or 알았어, will have more of the ‘L’ sound. The correct pronunciation is actually in the middle of the two sounds.