How To Say Study in Korean

If you are studying the Korean language, you’ll want to let your Korean friends be aware of this! Therefore, today we will learn how to say study in Korean!

How To Say Study In Korean

This is how to say study in Korean: 공부[gong-boo] 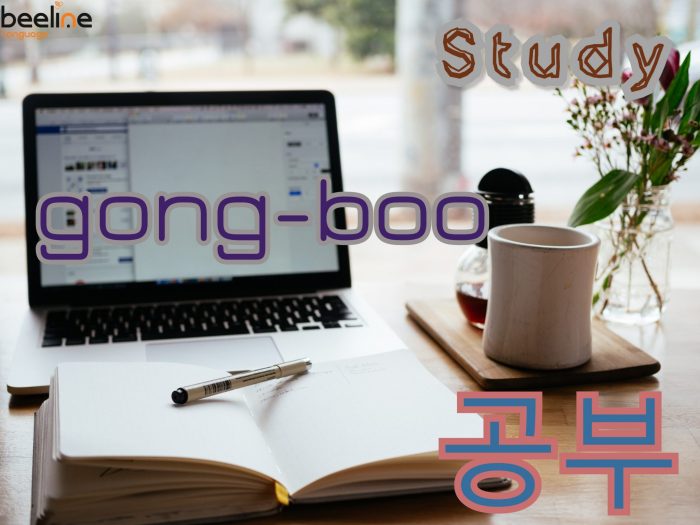 We have to study hard in the school.

Min-Seok gets the highest marks in the school.

It’s important to note that 공부를 제일 잘해 can directly be translated to studies very well, but it usually means achieving highest scores in academics in school.

Other Words Similar to Study in Korean

You just have learned how to say use this word in Korean. How would you say classes in Korean? You could say 수업 [soo-up]. How about a lecture? It is called 강의 [gang-eui].

Also, you could say 교실 [gyo-shil], when you want to say classroom in Korean. Now, you have learned how to say 학교, 수업, 강의 교실 and 공부.

What about studying a martial art? Taekwondo is Korea’s national sport, so many English teachers in Korea tend to study at Taekwondo academies.

How Korean Students Study in Korean

Something that is very common to Korean students is to try to attain the best possible marks in school, as the competition for achieving educational success is extremely demanding in Korea.

This competition is reflected in the extra education that students receive through privately funded schools, which most students attend after they are finished with their school work at their public school or their high school.  This is not what we are used to in the Western world!

Korean education has been reduced in recent years, to an extent; previously the school week was 6 days, not 5. However, many parents are trying to ‘win the race’, so to speak, with their son or daughter achieving the best possible marks, so they are taught additional private lessons.

It’s not easy being a student in Korea 🙂