Soccer (Football) in Korean: How To Say Soccer in Korean 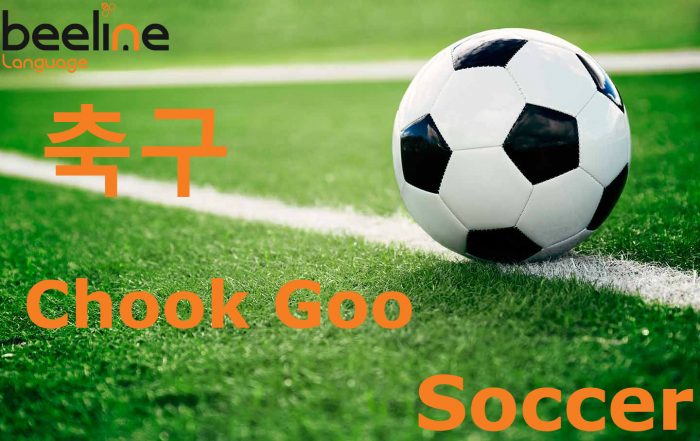 Beeline Language Korean is all about learning the Korean language and culture. Korea has many East Asian traditional cultures that is combined with modern western influence. Korean people love to be competitive and social, thus any international sporting events are very popular among Koreans. As the FIFA World Cup 2018 is happening right now, you will learn how to say soccer in Korean today.

How to say Soccer in Korean

This is how to say Soccer in Korean: 축구 [chook-goo]

The word 축 [chook] means ‘by foot’ and 구 [goo] comes from the word ‘ball’. Therefore, when you combine the two words, you will have the word soccer. The game you play a ball with your feet.

Would Republic of Korea do well at the World Cup Soccer?

I cannot believe that Korean Soccer has beaten Germany.

As many of you already know, South Korea and Japan hosted the FIFA World Cup 2002 in their countries and it was a massive success. Both teams have advanced to the knock out stages for the first time, with South Korea making it all the way to the Semi-Finals of the World Cup Stage. No other Asian countries have advanced to that stage prior to that, and has not happened ever since. The crowds went mad with the cheering, with each South Korean game filled with the ‘red color’. The Korean National Football Team supporters are called as ‘Red Devils’ in Korea.