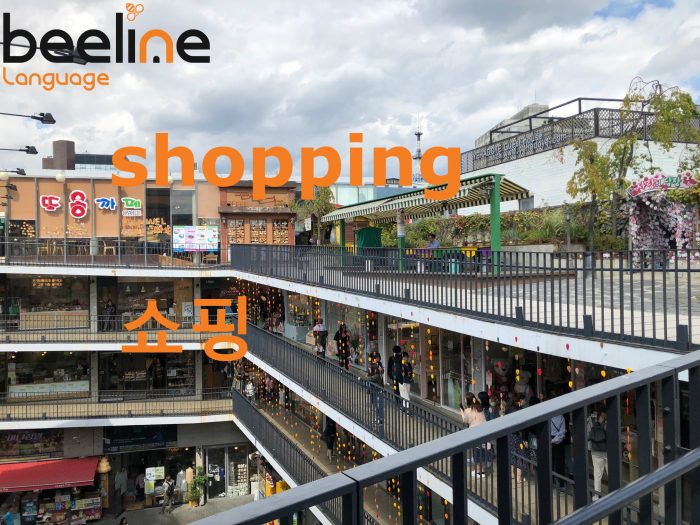 How To Say Shopping In Korean

This is how to say a Shopping in Korean: 쇼핑 [show-peeng].

Note that the word shopping in English is widely used term in Korea as well. Therefore, the word 쇼핑 is used widely among Koreans.

We do not have anything to do, so let’s go for a window shpping.

Note that the window shopping in Korean is called ‘아이쇼핑’ eye-shopping. Also, in some Korean sentences, it is common to omit subjects such as I, we or you.

Let’s go for shopping and after, we could eat something delicious.

Other Ways To Say Shopping in Korean

There are other ways to say shopping in Korea. 장보기 [jang-bo-ghee] or 시장보기 [see-jang-bo-ghee] would be the traditional term for old Koreans when they used to go for the grocery shopping.

love the fall in Korea, as there are many beautiful sceneries all around the country to endure during the season.

Now you know how to say Shopping in Korean, go tell your friends what you have learned today!