How To Say Real in Korean: Popular Slang in Korean 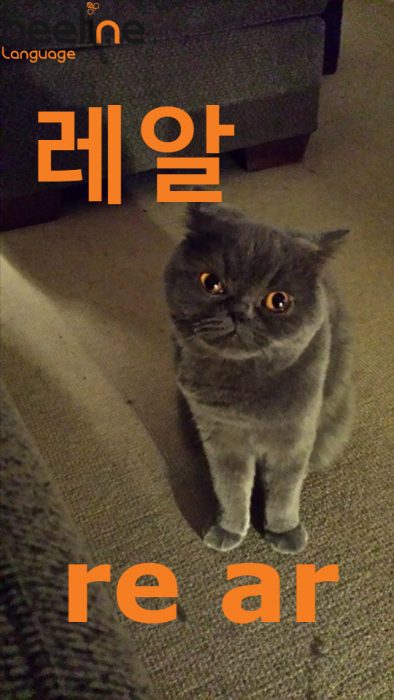 When you first start learning how to speak and write Korean, did you know that you would be coming this far? Learning all the cool slangs like 싱글족, 모태솔로, 솔까말?

Well, sometimes, some of the Korean slangs are the simple twist or derivation from an original word. For example, many people know that 진짜 [jin-jja] is ‘real’ in Korean, but did you know that there is another way to say that word? Today, you will learn how to say Real in Korean, the sub-culture Korean netizen way.

How to say Real in Korean

As I have already mentioned, 진짜 [jin-jja] or 진실로 [jin-sil-ro] is the direct translation for ‘real’ and ‘truly’.

As I mentioned, this is how many young and hip Koreans say real in Korean: 레알 [re-ar]

Some of you may say that the word is really like English word ‘real’, and you have guessed right. The word 레알, is straight derivation from the English word ‘Real’. However, the key point here is that instead of pronouncing it as ‘real’, you must say 레알 [re-ar].

The soccer match I watched yesterday was absolute real fun.

I will let you know a real fun fact.

Funny Facts About the Origin of the Slang ‘Real’

Although no one really knows where the sub-slang word 레알 came from, many people believe that the word 레알 came from the famous Spanish professional soccer team Real Madrid, since the pronunciation is the same when it is being spoken in Korean.

However, please note that the term 레알 is only accepted among close friends, and refrain from using it In any proper Korean situation, where you must say 진짜 [jin-jja] to avoid casualness of the tone of your voice.