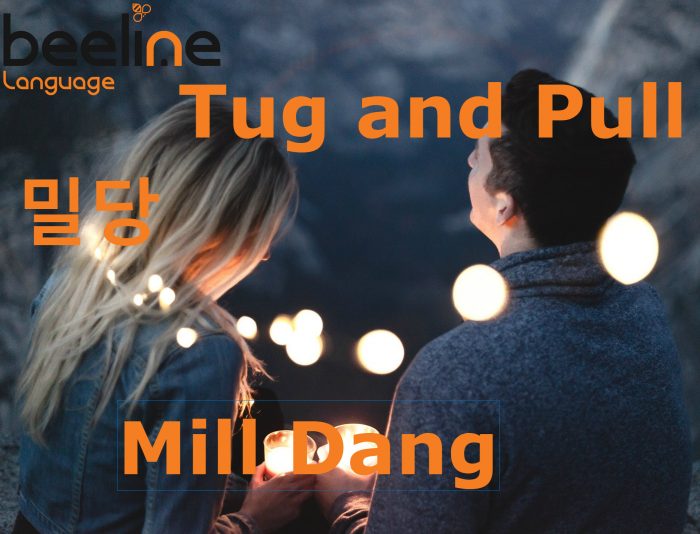 Beeline Language Korean is all about learning the Korean language and culture. In the last lesson, you have learned how to say I love you in Korean. However, as you may already know, when you are in love, you cannot just be in love all the time. There must be some sort of tug and pull in a relationship. Therefore, I will teach you how to say how to say tug and pull in Korean, so you could be a relationship expert.

How to say Tug and Pull in Korean

I think tug and pull is the best method when seriously dating someone.

Hyuna is an expert at tug and pull

Note that we have used 고수 from our previous lesson!

Other Ways to Say Tug and Pull in Korean

When you start to date someone, it is common in Korea to experience 밀당. This may not happen too obviously out in the open, but many Korean people will be mentally prepared to have some sort of 밀고 당기기 in a relationship. This does not mean that they are being manipulative, it is considered as being wise and smart.

Now you know how to say tug and pull in Korean, you know that you have a potential to be a heartbreaker in Korean!