Orange in Korean: How To Say Orange In Korean 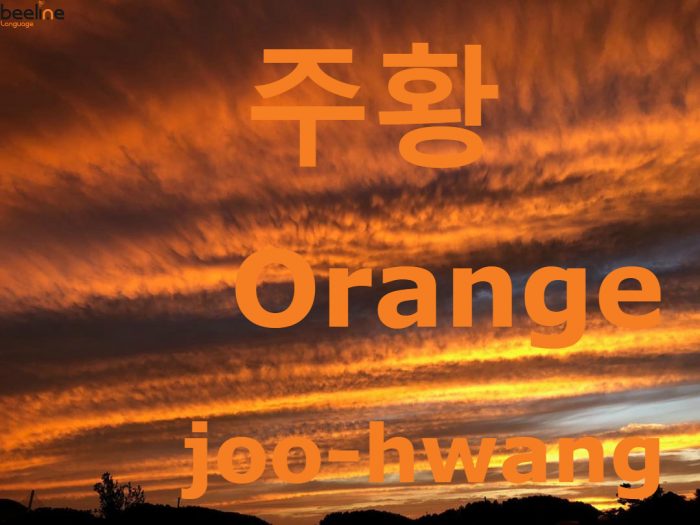 Orange: How To Say Orange In Korean

This is how to say Orange in Korean: 주황 [joo-hwang].

*Note that when you are describing a color orange, you would say 주황색 [joo-hwang-sek]

Orange is my least favorite color.

Playing tennis with an orange ball is very exciting!

Look at the wall that is painted in orange, isn’t it impressive?

Other Ways To Say Orange in Korean

As you may have guessed, there are other ways to say orange in Korean. Other than 주황, you could just say 오렌지 [oh-ren-gee], which is essentially just saying the English word orange in Korean. However, when the word orange translates into Korean, it turns into three syllables, so make sure you say it in three separate syllables. Also, some people would call scarlett color as 주홍 [joo-hong], which is similar sounding to 주황.

Now you know how to say orange in Korean, go tell your friends what you have learned today!