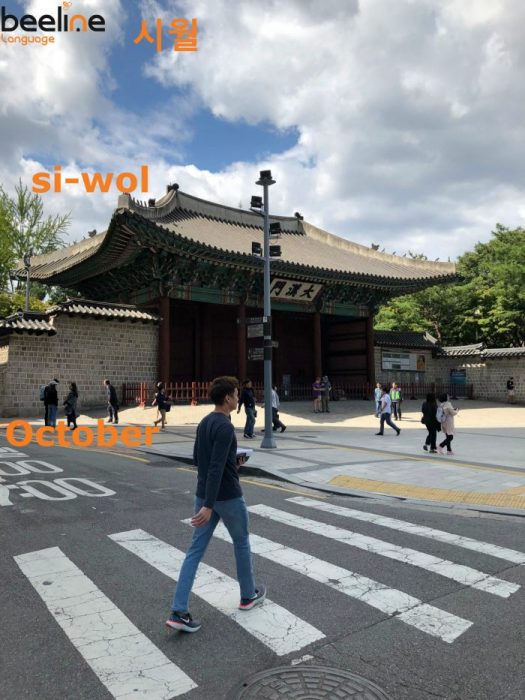 How To Say October In Korean

This is how to say a October in Korean: 시월 [si-wol].

Note that 시 comes from 십 (seep), which means 10 in Korean. However, when it is combined with another word, the word 십 turns into 시, but the meaning stays the same.

The sky in October seems very clear and clean.

When I am looking at the sky in October, I can feel like my soul cleansing.

Note that in some Korean sentences, it is common to omit subjects such as I and you.

You have previously learned that South Korea has a beautiful fall season, and October is the prime time to enjoy your autumn leaves in sighting. Many beautiful mountains like Seoraksan in Taebaek Mountains are good place to visit in October to view different leave colors for the season. Also, Korean people have adapted to the Halloween celebration recently. On October 31st of every year, many people in the city go for trick or treating, celebrating the dead walking among us on the eventful day.

Now you know how to say October in Korean, go tell your friends what you have learned today!