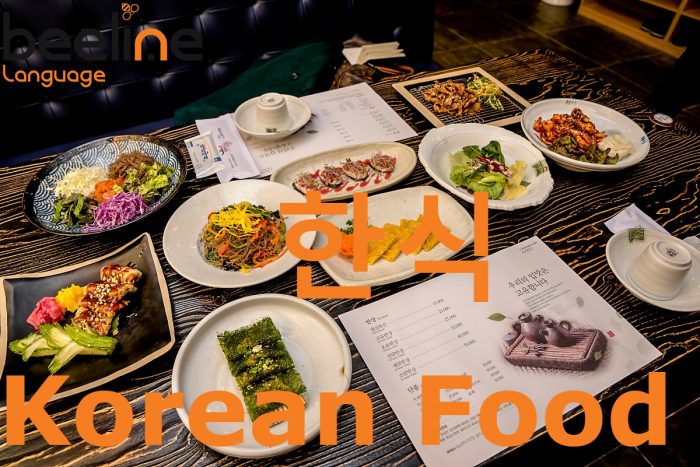 Beeline Language Korean is all about learning the Korean language and culture. Korea has many East Asian traditional cultures that is combined with modern western influence. A big part of that culture is food. Traditional Korean food is very popular among others. Bulgogi, Kimchi and Bibimbap are some examples of it. Today, we will learn how to say Korean Food in Korean.

How to say Korean Food in Korean

As you may already be aware, 한국 is Korea in Korean, and 음식 is food in Korean. Therefore, when you add the two words together you get 한국음식, or Korean food.

Bulgogi and Kimchi are my favorite Korean food.

What did you want to eat for lunch? Korean food? Or Japanese?

There are many different types of Korean food. Many Korean people traditional use rice dish as their main source of meal, along with many other side dishes that will accompany the white rice. The type of rice they use is different from what Chinese people use, they are short grain rice, just like Japanese sushi rice. In Korea, there are many upscale traditional Korean restaurants serve the traditional buffet-like style Korean meals called 한정식 [han-jeong-shik] and you would be able to experience many different types of Korean food.

Now you know how to say Korean food in Korean, you could enjoy the Korean food even more!