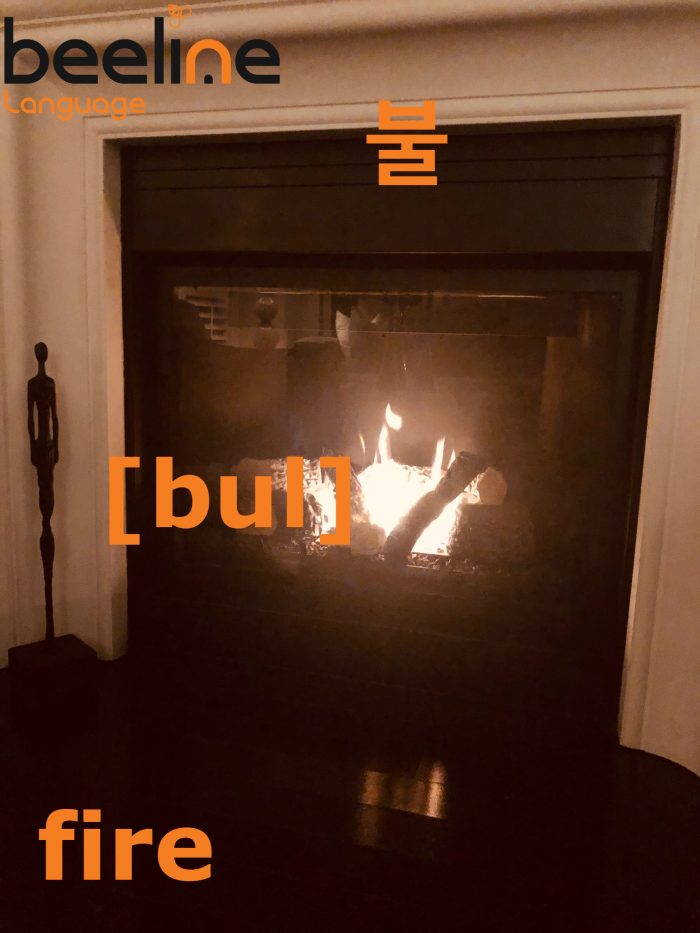 How To Say Fire In Korean

Don’t forget to handle fire with caution because it is hot.

Is the flames in the fireplace coming from burning wood, or is it made from the gas?

Note here that 벽난로 was used to describe fireplace and 불 was used as ‘flames’.

Did you know that about 80 % of South Korea’s land is consists of mountains? Also, Korea is known to have distinctive four seasons, which means dry fall seasons will be calling for some wildfire in the forest. Therefore, every elementary school student prepares a poster for wildfire awareness in every fall. Wildfire is called 산불 [san-bul] in Korea and the campaigns are often called 불조심 캠페인 [bul-joh-shim kem-pei-enn].

Now you have just learned how to say fire in Korean, go and share what you have learned with your friends now.