How to Say Best Friend in Korean 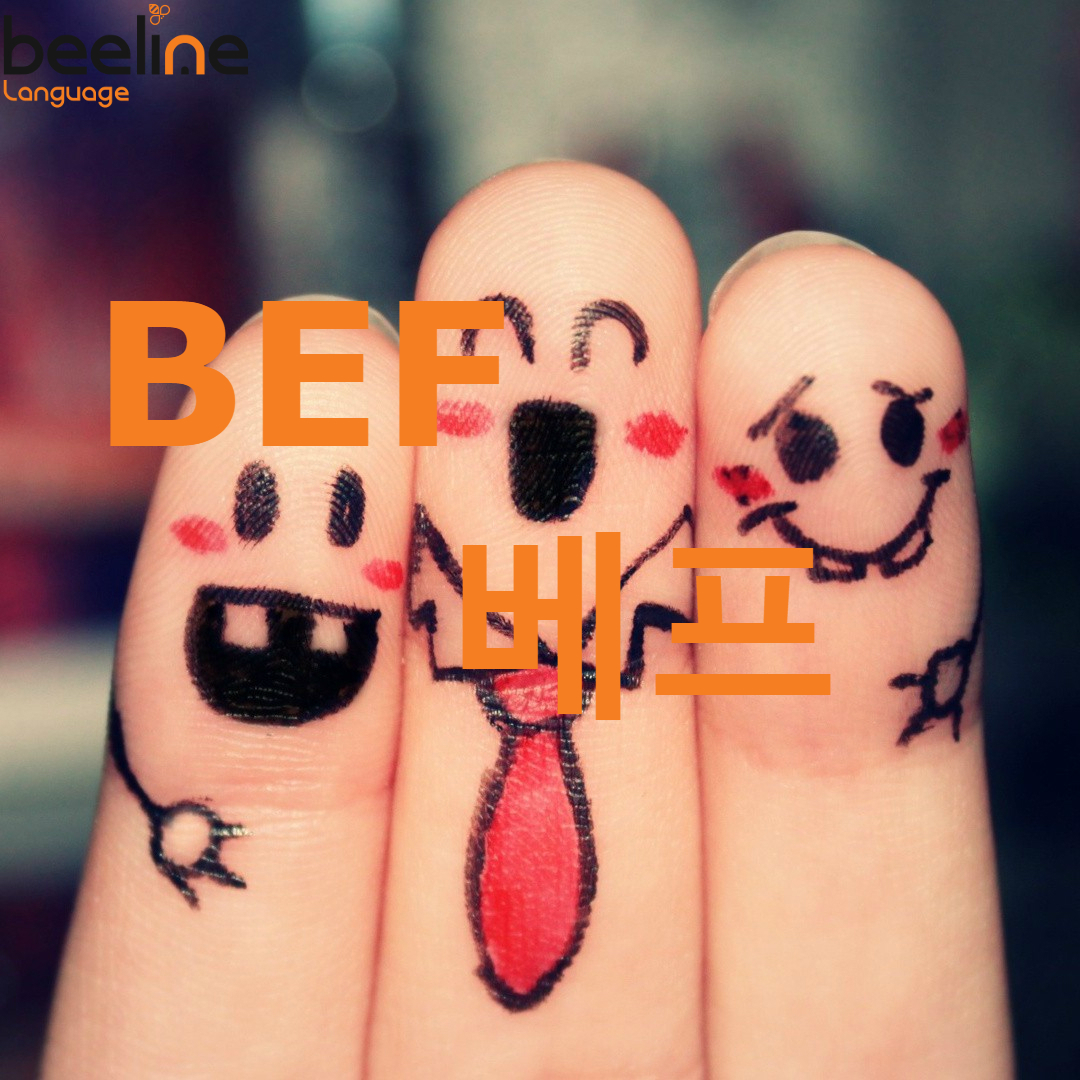 Previously, we have learned how to say friends in Korean. You might also remember that we have learned some Korean slang words like 불금 and 뇌섹남. Today, I am going to teach you how to say best friends in Korean. Ironically, the slang that is mostly used in Korea to refer to the term ‘best friend’ comes from the English word itself. 베프, or [Bef] Now, we will get to find out what BEF means and when we use it.

What is BEF and how to say it in Korean

Wonder what BEF really means?   It is pronounced [Bae-poo] and it is a short form of the English word ‘Best Friends’.

베프 [bae-poo] Note that this is short form of 베스트 프렌드 which literally means Best Friends.

I was best friends with Suzzie since 4 years old.

I have a best friend named Jieun, and it’s a friend that I like a lot.

What Can Be Substituted for BEF?

Although 베프 is an English word that was shortened to form a slang, a lot of people still use the term ‘제일 친한 친구’ [jae-il chin-han chin-goo] for best friends. 제일 친한 친구 literally translates to be ‘best playful friend’ which is widely used among Koreans to designate 베프. Also, old Koreans call their best friends whom they were friends since they were toddlers, as 죽마고우 [jook-ma-go-woo]

Now that you know what BEF means, go tell your 베프 , about this wonderful Korean slang and tell them why they are your 베프!