One to Ten in Korean: How to Count from 1 to 10 in Korean 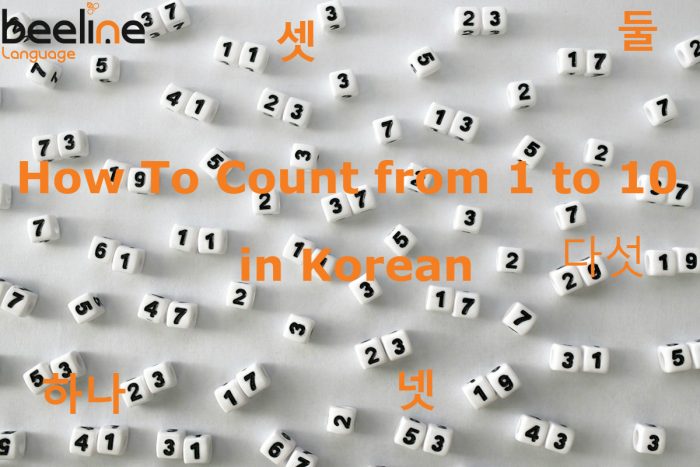 Many students choose to learn Korean language because they were exposed to Taekwondo, the traditional martial arts originated from Korea. When you get to learn Taekwondo, many students get to learn how to count in Korea. Have you guessed what we are going to learn today? Correct, we are going to learn how to count one to ten in Korean. There is more than one way to count in Korean language, so this would be interesting.

You can see the pattern, where each day is spelt with ‘요일’ [yo-ill], meaning ‘day’ in Korean, and just like in English, there are special words to represent each day of the week in Korean.

What??? Why two completely different system for Korean numbers? Well, one is Sino Korean Numerals, which is originated from Chinese and native Korean Numerals which is created from Korean language.

Sample Sentences Using 1 to 10 in Korean

I applied for six times already.

Is it April 2nd that we are going to the concert?

Which Numeral System Should I use?