(Video) How to say How Old Are You in Korean

By Jaemin PyeonAugust 9, 2020 No Comments

One of the biggest parts of one’s identity is their age. Unlike in English-speaking countries, Korea has a strict age hierarchy that requires people to speak formally to their elders. One of the first things Koreans do when meeting each other for the first time is introducing their age to decide the hierarchy. Today we are going to learn how to ask how old are you in Korean.

How to Say ‘How Old Are You’ in Korean

Sample Sentences Using ‘How Old Are You’ in Korean

Here are some sample sentences using your new Korean word:

몇살이세요? How old are you?

몇년생이세요? What is your birth year?

올해 몇살이에요? How old are you this year? 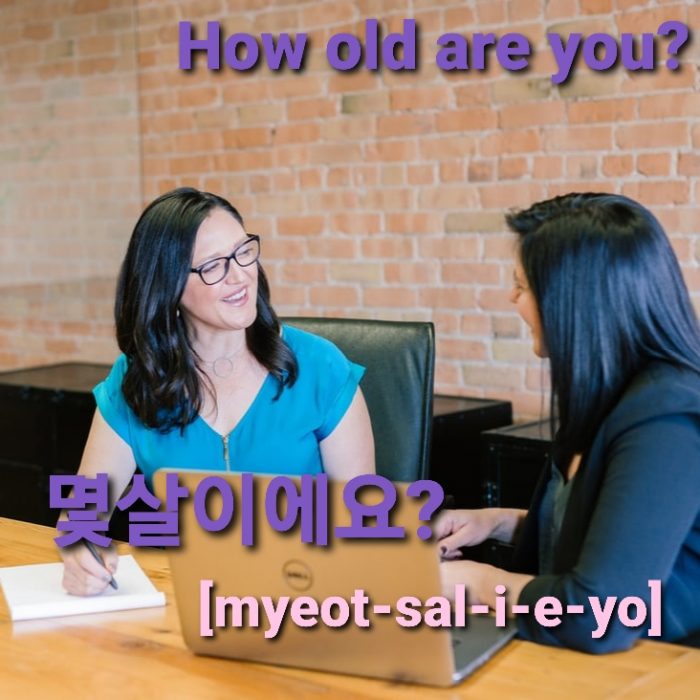 Other Ways to Say ‘How Old Are You’ in Korean

There are many different ways of asking someone’s age in Korean on various occasions.

When asking age in a formal setting or to someone that is much older than you, you would say: 연세가 어떻게되세요, which is the extra formal way to ask this question.

When asking the age to a person who is of a similar age in a relaxed setting, you would say: 몇 살이에요.

What is Your Age Korean?

Calculating your age in Korean is easy! You are ‘1’ when you are born, and then each year on New Year’s Day, everyone turns another year older! Therefore, a baby who is born on January 2nd is already 2 years old!

Is it Rude to ask Age in Korea?

It is not rude rude at all to ask someone’s age in Korean, as this is a very common question when two people first meet. The reason for this is because age will show who ‘ranks’ higher in the age hierarchy. That person is then the one who would be shown more respect in that relationship.