(Video) How to Ask ‘How Are You’ in Korean

Saying ‘hello’ and ‘how are you’ would be the first few phrases that you may say to a person when you first meet them. Therefore, wouldn’t it be important to learn how to say these greeting words in Korean? We already know how to say hello, 안녕하세요 or 안녕.  Today, we will learn how to ask how are you in Korean, so you will be able to greet any Korean-speaking person and start up a conversation!

How to Say How Are You in Korean

‘잘 지냈어요’ comes from 잘 which means ‘well’ and 지냈어요 means ‘have been doing’ and by adding a question mark, that becomes the most commonly known phrase to use when you greet others and ask how they have been doing.

‘어떻게 지냈어요’ is similar, but the only difference in the phrase comes from using the word 어떻게 instead of 잘. 어떻게 means ‘how’.

Although, this is closer to the actual literal translation of ‘how are you’, 잘 지냈어요 and is more commonly used in Korean greetings, to show a general nuance of the well being of the other party.

Sample Sentences Asking how someone is

Jinjoo, how have you been?

Sir, how have you been?

Hello Hyun Soo, how are you?

Note on the second example, 안녕하셨습니까 was used to show proper respect in the formal way of speaking to an elderly person.

How do you Greet in Korean? 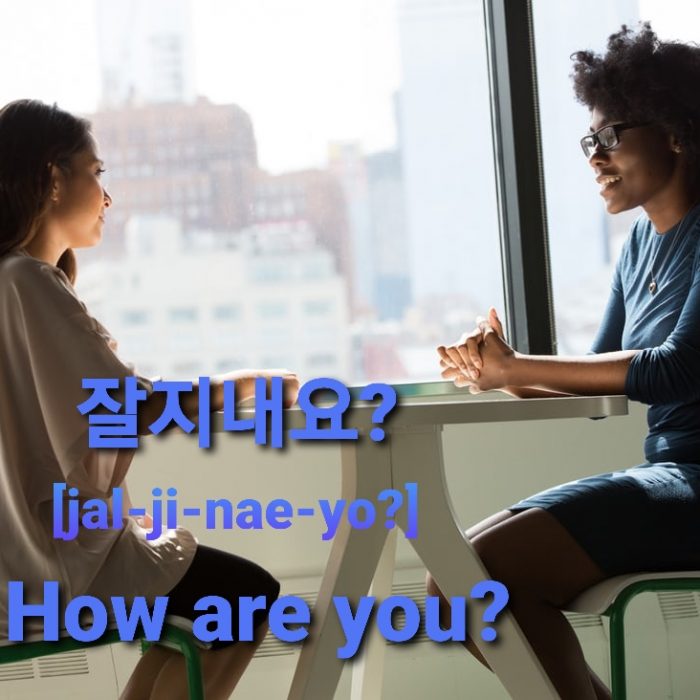 How Are You in Korean in the Informal Way

As we have mentioned previously, it is important to address a person in the formal way of speaking to show respect towards the other party.

Therefore, you will see many phrases have ‘yo’ attached at the end, which usually helps reform the Korean word into the formal form of the word.

So how do we ask this question in the informal way?

We simply remove the ‘yo’ at the end and say 잘 지냈어? or 어떻게 지냈어?

As you already many know, you need to refrain from using the informal way of speaking with your colleagues, unless you are very close friends with them.

It is assumed that you will use the polite, formal tone of speech when speaking to an older person.