(Video) How to Say Goodbye in Korean

In Korean tradition, politeness is an important credential that a person must have and the quality of politeness can be determined by how you greet and part with others. Thus far, we have learned how to say hello in Korean, but today, you will learn how to say goodbye in Korean.

How to Say Goodbye in Korean

Please note that 잘가 is the informal way of saying goodbye in Korean.

Therefore you must refrain from using it in a public place or to someone who is older than you to show the proper respect. 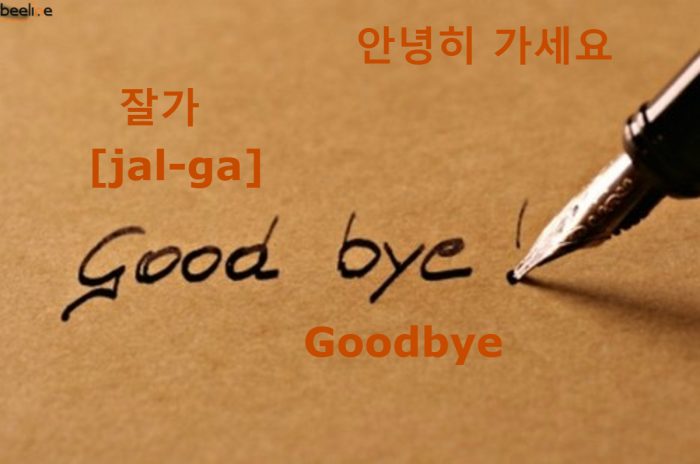 It has been fun. Good bye.

Thank you for everything thus far. Good bye.

Please note above that 안녕 was used in the context of goodbye.

You may know 안녕 would be the context of hi or hello. However, in this case, it would be implied as goodbye because the sentence before had suggested the departure rather than the greeting.

Goodbye in Korean in the Formal Way

Often, you will see many phrases have ‘yo’ attached at the end, which usually helps reforming the word into a formal form of the word.

However, in this case, usually when you say 잘가요 [jal-ga-yo], it may not be polite enough in some formal situations in Korea.

Therefore, it may be safer to say 안녕히 계세요 or 안녕히 가세요 to avoid possible confrontation.

Now that you know how to say goodbye in Korean, we will see you next time. 안녕!

how to formally introduce yourself in an essay.