(Video) How to Say Good Night in Korean

When we learn Korean, it is important to note that not every word or phrase can be directly translated. Saying good night in Korean is one of these such phrases. In this lesson, you will learn how to say good night in Korean in both the formal and informal way, so you can say it to anyone!

How do you Say Good night in Korean?

Most Koreans do not use the word good night in literal translation.

There are two ways to describe this word: One is formal way, if you were saying this to people who are older than you, and the other one is an informal way, when you would be speaking with your friends.

How do you say goodnight in Korean informal?

잘자 (jal ja). This is the informal way of saying good night that you would tell someone, such as a friend or someone close to you.

Jaljayo (잘 자요) is the formal way of saying good night in Korean. 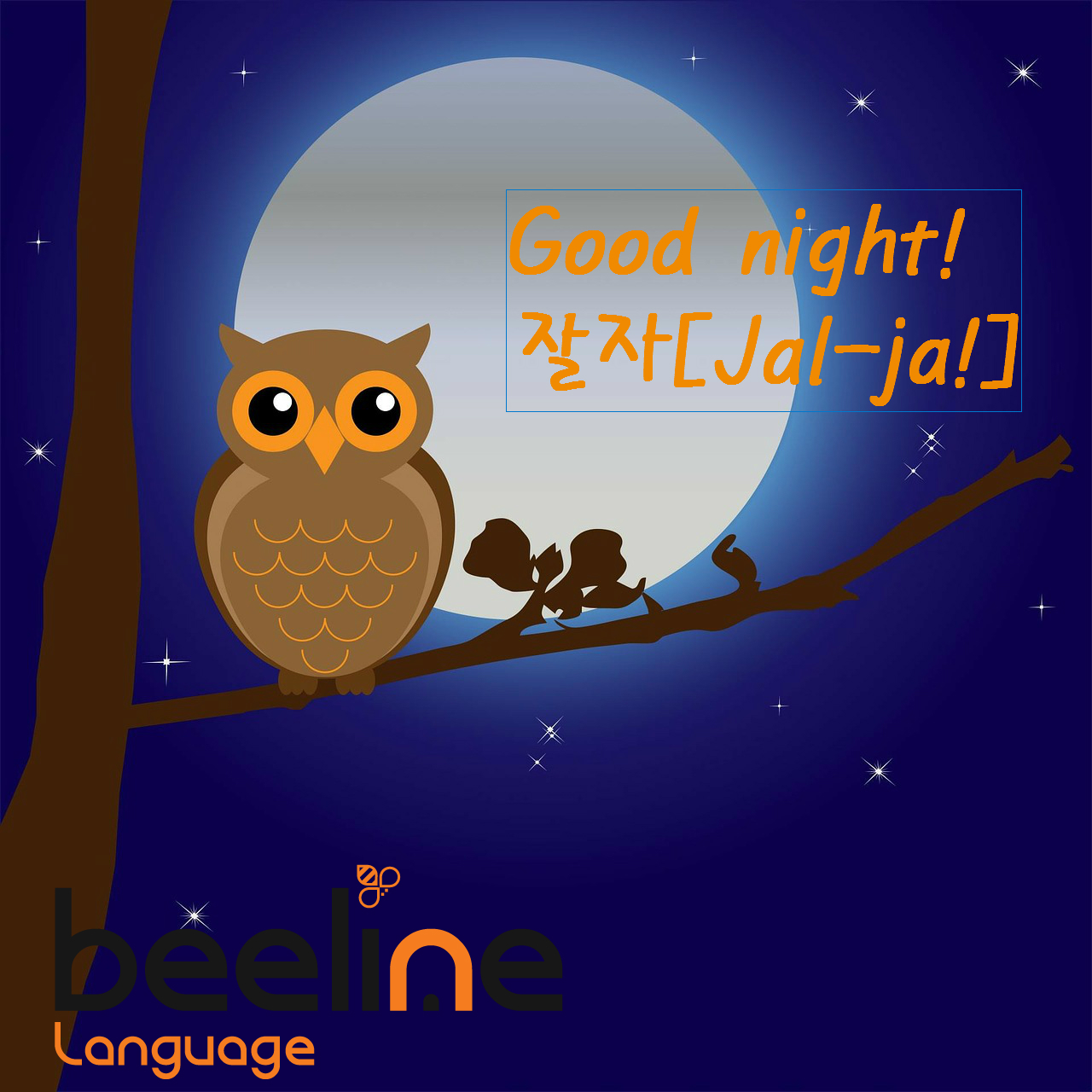 Although these two ways of saying good night in Korean may sound immensely different, the context is very similar. ‘Jumushida’ is a formal way of describing sleeping in Korean, which means ‘jada’ in informal Korean (thus, you can see why ‘jal ja’, means ‘sleep well’).

Sometimes, the language gets lost in translation, so we do our best to interpret the meaning for meaning in the most similar context possible.

Practice makes perfect, so when learning Korean, it’s important to try to speak Korean as much as you can! This is really crucial to your overall learning because if you don’t make the effort to start speaking in Korean, you’ll never make any progress. So try, try, try!